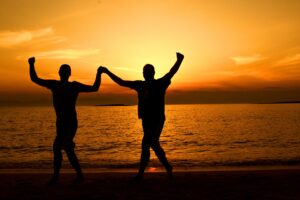 Do you love Greek literature? It is true that the literature of a country reflects the people and the culture. Greek writers are known throughout the world for their unique writing and storylines. If you are interested in Greek literature, these novels are a great place to start:

Written by Crete’s Nikos Kazantzakis, this is the tale of a young man of sizable intellect and his adventures with the erratic titular character. The narrator, inspired by a call to gain some life experience by working in a mine with other blue-collar types, soon strikes up a friendship with the Romanian-born Greek, Zorba, whom frequently shows just how chaotic and confusing life can be. The book was written in 1946, begins in a year that is implied to be 1916 and was later adapted into a film in 1964, a musical in 1968 and a two-part radio play in 1993.

Life in the Tomb

While Zorba the Greek had equal amounts of seriousness and humor, Life in the Tomb is a story of war and considered the most prolific piece of Greek fiction. Notably, it was banned during the reign of two extant political regimes and written by man a whom had not yet turned a quarter-century old when he wrote it.

The book is a fictional account of life in the military trenches of World War I and goes into gruesome detail with the fatalities and casualties of warfare, serving as a pleasant change of pace from the usual romanticism of warfare found in other war stories revolving around the early 20th Century. This book is also the first installment in a trilogy, all of which were written by Stratis Myrivilis.

Written by Nick Papandreou, this is a tale told by Alex, a Greco-American boy, who recounts his daily life from the moment that his father’s political aspirations upend all he knows of life. Seeking greater prestige for himself and his family, Alex’s father moves the entire clan from the United States of America to Greece.

This can be a disturbing story for some, however, because it is a tale of chaos, authoritarianism, intrigue and even exile. Despite all of the political intrigue, Papandreou does a wonderful job of weaving together imagery of what life is like amid Greece and its many islands and peninsulas, spending extra attention on the people and sea life of the country. This is Papandreou’s first novel and the title was changed to Father Dancing: An Invented Memoir when it was released in England.

While you may be able to think of a few other books that did not make this list of great works of Modern Greek literature, these titles are a great place to start. If you don’t want to read them in the Greek language, you can easily find English translations.