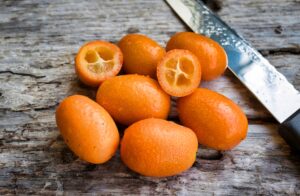 Greece is a country defined by the contrast between its stark mountains and the wine-dark seas of the Mediterranean. The islands of the Greek coastline offer concentrated slices of Mediterranean culture, each with a unique twist to its character. One such place, not to be missed by the tourist with a taste for Greek culture, is the island of Corfu.

The Island of Corfu

Corfu lies a short distance off the northwestern coast of Greece, in the Ionian Sea. Local legend says that the sea god Poseidon fell in love with a beautiful nymph named Korkyra, daughter of the river Asopos. The couple settled on the island of Corfu, which takes its name from the nymph.

Corfu is known for its balmy Mediterranean climate; for its dramatic landscapes of mountains and sea; and for its lush fruit harvests. Since the time of Homer, the island has been known for its olives, grapes, figs and pomegranates. Since then, Corfiot farmers have added other fruits, notably the prickly pear, the loquat, and especially the kumquat.

Get to Know the Kumquat

The kumquat originated in eastern Asia, and appears in Chinese sources from at least the twelfth century. Its name is derived from the Cantonese, and means “golden fruit.” It was brought to Europe in the nineteenth century, where it prospers in the more southern parts of the continent, especially on the island of Corfu.

The color and texture of the kumquat are similar to those of an orange, but in size and shape the fruit is more similar to a large grape. In a way, a kumquat is like an inside-out orange: the fruit is sour, but the peel is sweet. When the fruit is eaten whole, the flavors combine into a delicious citrus sweet-and-sour whole.

Greeks have a sweet tooth, and the islanders of Corfu preferred the sweet peel of the kumquat to the tart interior. Soon, they were making all sorts of sweet treats: kumquat marmalades, cookies, and candied kumquats. It didn’t take them long to start making liqueurs with it.

Today, Corfiots are enthusiastic makers and consumers of their distinctive kumquat liqueur. It can be made with the juice, with the peels alone, or with the whole fruit. The advantage of the last method is that it leaves the maker with a bonus treat: sweet, boozy preserved kumquats.

Corfu’s kumquat liqueur is similar to a fine triple sec or Cointreau, but it’s milder – lower in both sugar and alcohol – making it more suitable for drinking straight.

Since 1965, the Mavromatis family has produced some of Corfu’s most famed products. Their operation uses eighty percent of the island’s kumquat crop. Every year they export some fifty tons of sweets and a million bottles of their famous liqueur. Tourists on Corfu are invited to tour the factory, watch a film detailing the whole process of production, and enjoy a sweet treat.

The kumquat has flourished in Greece. The liqueurs of Corfu present the drinker with a sweet, citrusy delight. It can be drunk straight or used in mixed drinks and desserts. This liqueur makes for an intriguing and distinctive experience, conveying to the palate the rich flavor and history of Greek tradition.