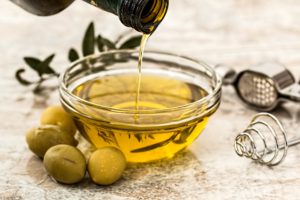 Olive oil has been an important part of Greek culture since antiquity, and this is reflected in various ways. Evidence of olive oil production has been found in archaeological sites all over the country. That is just how important olive oil was to ancient Greece. Referred to as Liquid Gold, it was an important part of the economy and the culture and still is today. Here’s a look at the history of this precious oil:

Archaeologists managed to collect evidence proving that the Minoan Greeks of Crete used to cultivate olive trees as early as around 3500 BC. Arguably, they started the culture of using and placing a high value on olive oil. The cultivation of the trees spread out to different ethnic groups of ancient Greece because they were considered to be of high religious and economic value.

The Mycenaean civilization may have over-indulged in the cultivation and use of the plants. The overuse projected an extremely positive effect on olive oil for the world because they exported it to Africa and Asia. The overuse also led to the development of legislature that encouraged the protection and preservation of olive trees plantations. From as early as then, the democratic city-states of Greece appreciated the value of sustainable use and farming.

Olive Oil Was in High Demand

As mentioned above, olive oil was popularly referred to as liquid gold. It had an immense economic value, and it is one of the reasons ancient Greece performed exceptionally well in commerce. The trade of olive oil made ancient Greeks a lot of money and it still does today. Olive oil is highly delicious, nutritious, medicinal and nourishing to the skin. It constitutes an irreplaceable culinary aspect of Greek cuisines. Ancient Greeks could not feel proud or comfortable when they failed to provide olive oil on their dining tables.

The first ancient doctor to extensively and commercially exploit the medicinal value of this essential oil was Hippocrates. He enjoyed a robust reputation of success in treating his patients who suffered from various illnesses and medical conditions including digestive complications, skin infections and dryness, congestive coughs, sore throat and mild respiratory illnesses. Modern medical researchers are still trying to rediscover how best to apply the medical elements of olive oil in alternative medicine.

Perhaps one of the most telling ways of how important the olive tree and olive oil was to the Ancient Greeks is the fact that it made its way into its mythology. The main one lies in the story of how Athens got its name and its patron goddess. The goddess Athena once went into competition with Poseidon over the adoration of Athenian Greeks. While Poseidon gave the people the salt water of the seas to gain adoration, Athena gave them the olive tree. This was considered a valuable gift because the olive tree provided wood, sustenance, and even a means to boost the economy. Most importantly, the olive tree gave the Ancient Greeks olive oil.

It’s true that olive oil was important to the Ancient Greeks. However, it is equally important today! The culture and the cuisine both wouldn’t be the same without it.