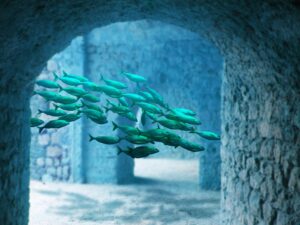 The myth of the Lost City of Atlantis is one of those stories that has lasted through the centuries. The story of this lost civilization has been told by a variety of sources, including through the works of Homer. Many who have encountered them have wondered if the legends were based on fact rather than fiction. Theories have been made as to where the actual city of Atlantis may have been, including those who believe that the real “Atlantis” may have been the portion of the Greek island of Santorini that was destroyed in a massive volcanic eruption. Despite the theories, nothing has really been proven. Here is a look at one of the most popular versions of the myth of this lost city:

About the Myth of Atlantis

In the ancient world, there was a great battle between two great civilizations: the Greeks and the Atlantes. The battle was fought in the sea, and it resulted in the death of many people. The Atlantes were a proud people who refused to let the Greeks submerge their culture.

As a result, they built a great fortress on an island in the ocean and dug a deep trench to protect their island from the Greeks. However, their fortifications didn’t last long against the destructive power of the Greeks. In just a few hundred years, the Greeks had destroyed most of what remains of this civilization.

Half God and Half Human

The Atlantes civilization was founded by a group of half-human and half-god people. The Atlantes were born in the womb of a goddess. They had the mind and body of a human, but their souls came from the deep ocean where they were born. These people lived on an island in the middle of the Atlantic Ocean, and they called their island Atlantis. However, this was not their first home.

They lived on other islands before Atlantis, but they eventually left those places because they got sick of them. The Atlanteans believed that they had been sent to Earth to help humans rid themselves of evil spirits and demons which controlled them. So, when they arrived on Earth, they decided to stay and help people.

The Atlanteans were the first to build an ocean-side city, and they built it on their island fortress in the Atlantic Ocean. The Atlanteans were not only great engineers, but they were also great sailors and navigators. They knew how to sail across the sea, and they had no problem building ships that could go hundreds of miles without stopping.

But their greatest achievement was building a city on top of a mountain that was right next to their island fortress in the middle of the ocean. This mountain was called Atlantis, and it was once home to many people who lived in great buildings like temples, towers, and palaces.

According to myth, European sailors from Greece destroyed the Atlanteans in about 700 BC. This happened when Greek sailors came upon a place called the Pillars of Hercules. They found a group of people who called themselves the Atlanteans. The Atlanteans were on their island fortress in the middle of the ocean, and they were building ships and temples to worship their gods. The Greeks were shocked to see that these people had no idea about sailing, and they believed them to be stupid barbarians. So, the Greeks destroyed most of what remained of the Atlanteans.

According to the stories, the Atlanteans were a group of people who came to Earth from their island fortress in the middle of the Atlantic Ocean. However, there are those who believe the myths may have had some basis in the truth, but none of these theories have been substantiated.