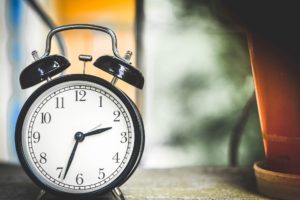 The Ancient Greeks were visionaries in the areas of science, mathematics, astronomy, medicine, and geography. They introduced many ideas and inventions that are still used to this day. Modern versions of these items are used in many areas of society. Some of the top inventions introduced by the Ancient Greeks were the water mill, the odometer, the anchor, the alarm clock, and the crane.

Philo of Byzantium from Ancient Greece is thought to have invented the water mill. This water-powered mill consisted of two horizontal millstones, a horizontal wheel, and a vertical axle connected to the bottom millstone via metal attachments. Grain was funneled through a hole in the top millstone before being crushed between the two stones. The water mill was useful in the mountainous area of northern Greece. It could utilize small but fast-moving amounts of water to power the grinding mill.

The odometer, which measures distance traveled, is found in every modern vehicle. The Ancient Greeks invented their own version of this instrument. This device, described in ancient writings by Vitruvius, is thought to have been invented by Archimedes or possibly Heron of Alexandria. This early odometer used a system of screws and gearwheels, housed in a box attached to a vehicle such as a cart or carriage. Calibrated discs on top of the box displayed the distance traveled.

Anchors have been used by mariners from ancient times to the modern-day. The Ancient Greeks used baskets of stones, sacks full of sand, or wooden logs which they filled with lead. These worked well for anchoring a vessel in one place, however, they were difficult to move with the vessel from port to port. Some would lash large tree branches to a heavy stone to form a “tooth” or “fluke” which could dig into the sandy bottom. By 400 B.C., the Greeks began to use “mushroom anchors”. Mushroom anchors were formed from flattened rocks, with a hole drilled in the middle and a triangle-shaped bolt at the top.

The alarm clock is another of ancient Greece’s important inventions. Originating with an engineer and inventor named Ctesibius, the early models were “water clocks”. These used pebbles which dropped on a gong to make the alarm sound at a set time. Pluto made a different type of clock that utilized vessels that filled with water; these vessels would cause the pebbles to drip, which produced a sound.

The Ancient Greeks also built a type of crane, invented to help with building construction. It utilized a wooden structure with an attached rope to lift heavy building materials. Strong work animals such as donkeys were used to power these cranes. Today’s buildings, from tall city skyscrapers to school buildings could not be constructed without the aid of this useful invention.

The Ancient Greeks were ahead of their time with the items that they invented. Their inventions benefit many areas of life today. Modern versions of their inventions are integral worldwide in construction, food production, shipping, transportation, and in scheduling daily activities.