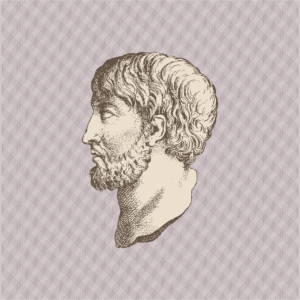 Archimedes is an Ancient Greek who was a prototype of the scholar-scientist upon whose work contemporary culture provides so many conveniences. He was born around 287 B.C. at Syracuse, Sicily, which at the time was an Ancient Greek colony. He spent his early years studying in Alexandria, Egypt, which was also a part of Ancient Greece. After returning to Syracuse, he spent his days researching and making scientific experiences. During this time, he made impressive advances in disciplines such as mathematics and engineering. Here’s more information about him:

Archimedes utilized theories of infinitesimals, which were defined as the existence of things too small to measure. He was also interested in a topic called “exhaustion”, which referred to fitting polygons into given forms in order to formulate and prove many of the geometric presuppositions used for discovering areas and volumes of shapes like circles and spheres. He was among the first to pioneer what is known today as scientific notation, using exponents to express very large numbers. Much of this theoretical knowledge is found in his writings like On the Sphere and the Cylinder and The Quadrature of the Parabola. Applying his discoveries, however, was what brought Archimedes the most fame.

According to a Roman engineer named Vitruvius, Archimedes was approached by representatives from the Greek despot Hiero II to determine if a religious article made for the ruler was of pure gold or not. That he was forbidden from breaking, melting or otherwise disfiguring the object made this task all the more challenging.

Archimedes also observed the displacement of water that occurred when he immersed himself during a bath. Applying the test to the votive piece, he then divided the article’s mass by the amount of displaced water to arrive at the gold piece’s density. Since the density of gold was a known quantity, Archimedes proved that the goldsmith had indeed infused the gold crown with other materials.

This gave rise to his long-lasting legacy, Archimedes’ Principle: a body submerged in a liquid will experience an upward force that equals the weight of the displaced liquid. This rule is famously used in the fields of shipbuilding and submarine design, where the former vessels rely on buoyancy and the latter must defy it.

Speaking of naval vessels, the same King Hiero II commissioned Archimedes to design and construct the largest ship of its time, holding space for 600 passengers along with recreational and religious facilities. The dimensions of such a ship were certain to invite leakage through the ship’s hull. To address this, Archimedes invented an enclosed screw-shaped blade that would pump out the water from the bilge of the ship. This technology is still in use for moving grain, coal and other granules.

In addition to mathematics and engineering, Archimedes worked with light and heat to concentrate and weaponize solar rays. He was killed by Roman soldiers who invaded Syracuse in 212 B.C.