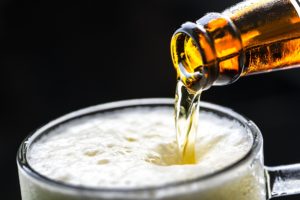 When people consider drinking in Greece, they don’t usually think of beer. However, there is definitely a culture of drinking this beverage in Greece and there are also many breweries located throughout the country. Beer is a popular beverage choice for people in tavernas, restaurants, and bars.

However, it wasn’t always this way. Although there is evidence of beer being brewed in Ancient Greece, it wasn’t until modern Greece that it gained momentum. Here’s a look at the brief history of beer in the country:

Ancient civilizations throughout the world began drinking beer thousands of years ago and Greece is no exception. China takes the credit for being the first to brew beer and they have been doing so since 7000 B.C. or so. By 5000 B.C., the Egyptians also began brewing beer. Eventually, the tradition traveled to Europe.

It wasn’t until the modern age of Greece that beer drinking really started to gain momentum. When King Otto moved from Bavaria to become the King of Greece, many Greek citizens began to embrace beer according to the German style. In fact, the popular Fix brewery was founded in Athens in 1864 and is credited with being one of the first breweries in existence in modern Greece.

There are other popular breweries in Greece now, such as Mythos, NISIOS, the Athenian Brewery, and Volkan to choose from. Beer is now a beverage that is popular with locals and tourists alike. Many of those have been popular for decades, such as Mythos, whose blond lager is especially popular. Although other beers are popular in the country, such as Heineken, you may want to try authentic Greek beer so you can have the full experience.

It’s true that beer wasn’t always popular in Greece, but that isn’t the case today. There are several popular breweries in Greece and beer can be found throughout the country. You should try some while in the country to see how good it tastes!