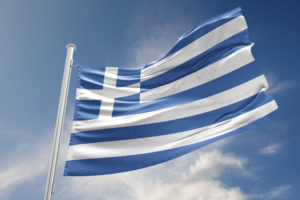 The Beginnings of Greek Immigration to The US

The first Greeks arrived in the US in 1820 however the large-scale migration of Greeks to the United States began in 1880. This was a result of domestic issues that arose when Greece won independence from the Ottoman Empire. Although Greece had won its independence, the economy of Greece had crumbled. Many felt as if they had to leave in order to find jobs or to make new lives for their families.

The Greek government knew that they could not provide for all its inhabitants therefore it encouraged migration. The United States was the premier option for most of the Greek immigrants due to the burgeoning economy and general acceptance of new immigrants. In the first twenty years of the 20th Century, over 350,000 Greeks made the move to the United States. Close to 95% of those who migrated between 1900 and 1910 was male, most of who were planning to make enough money pay the dowry fee for wives back home. In 1905, the value of remittances from the United States to families in Greece was more than four million dollars.

Most of the Greeks who arrived in the United States were able to find jobs in several industries. The Greeks who arrived in New England, for example, worked primarily in the textile mills while those who ended up in Utah and Colorado took up vocations in the coal and copper mines. Californian Greeks were typically found working in railroad gangs. Not every Greek who came to the United States was so lucky, as many were taken advantage of by labor brokers who charged exorbitant prices.

After a few years the Greek immigrants started to build their own businesses. They started with businesses such as small candy shops and shoeshine parlous, but their most successful ventures were restaurants where they served their native cuisine to fellow Greeks as well as other Americans. Many started by selling food from lunch carts to factory workers however some cities banned the sale of food on the street, which forced them to open more permanent establishments. Greek restaurant businesses were so successful that by 1919, one third of Chicago’s restaurants were run by Greeks.

Before 1965, the Unites States restricted immigration from certain regions. Under these new laws, only one hundred migrants from Greek were allowed access to the United States per year. The Immigration and Nationality Act of 1965 changed that by restricting immigrant access to the US based on job qualifications and family ties. Many Greeks already living in the States used this new law to bring in their family members.

By the end of 2010, about 1.5 million people of Greek lineage were living in the United States. They are spread out across all fifty states however the greatest concentrations are in Detroit, New York and Chicago. Many of them have assimilated into American culture, however many of them maintain their connections to their Greek traditions, as evidenced by the large number of Greek Orthodox Churches that can be found all over the country.