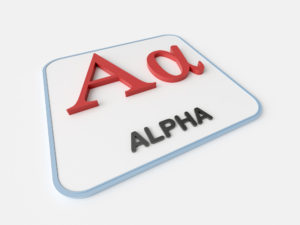 The Greek language has an interesting history and has been around for around thirty-four total centuries. Although it has changed and evolved over the years, it is still being spoken today. The language is an independent branch of the Indo-European languages and is also the oldest that has been documented. Here’s what you should know about the history of the Greek language:

Today the Greek language is divided into Ancient Greek and Modern Greek. Modern Greek is derived from Koine, a common dialect of Ancient Greek. Proto-Greek is thought to be the last ancestor of all known varieties of Greek. Mycenaean Greek was the language of Mycenaean civilization and is recorded in the Linear B script dating from the 15th century on.

Ancient Greek was widely throughout the Roman Empire. The language fell into disuse in Western Europe during the Middle Ages, but remained in use in the Byzantine world. The Ancient Greek language was re-introduced to the rest of Europe with the migration of Greek to Western Europe.

Koine Greek is a fusion of Ionian with Attic. Koine Greek can be traced back to armies and conquered territories of Alexander the Great. Medieval Greek (Byzantine Greek) is the continuation of Koine Greek.

Modern Greek (Neo-Hellenic) stems from the Medieval Greek version of the language. Greek had two main variations up until1976 Greek. Demotic was used in casual circumstances and in literature. Katharevousa was used in law, academia, newspapers, the armed forces, and medicine. In 1976 the Greek government adopted Demotic as the official language.

In the 8th century, but possibly earlier, the Greeks borrowed their alphabet from the Phoenicians. The Phoenician alphabet had separate signs for the Semitic consonants, but the vowels were left unexpressed. The list of Semitic consonants was adapted to the Greek’s needs. The Greek’s big innovation was the use of five letters with the value of vowels (a, e, i, o, u). This alphabet was the first to use vowels. The alphabet would under go changes as time progressed. Letters would be added and old letters would be given new uses. During the 12th century when the Mycenaean palaces were destroyed, the Mycenaean script fell out of use. The Greek alphabet, in turn, has helped to model other alphabets, including the Latin alphabet.

The Greek language in other countries and languages

Greek roots are often used to coin new words for other languages. Greek and Latin are the predominant sources of international scientific vocabulary. Greek words have been widely borrowed into other languages. In English some of these words include: athletics, philosophy, theater, and physics. Even the word alphabet comes from the first two letters in the Greek language. Over 13 million people today in Greece, Cyprus, Italy, Albania, Turkey, and the Greek diaspora speak the Greek language. It is the official language of Greece, Cyprus, and the European Union and a recognized minority language in Albania, Armenia, Hungary, Italy, Romania, and Ukraine.