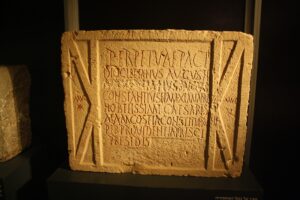 According to Webster’s Dictionary, an epic poem is “a long narrative poem telling of a hero’s deeds.” Epic poetry is an important part of Greek culture, and we have the Ancient Greeks to thank for inventing this poetic style, especially poets like Homer, who write the Iliad and the Odyssey, and Hesiod, who wrote Works and Days and Theogony. Here’s more information about this style of poetry:

For the epic poem, intonation is everything. In the original Greek, the poems flow in a way that is very musical. Back then, these poems were typically performed out loud by a storyteller. Some of the feeling of this may be lost in translation, but most translators do try their best to preserve the original feel of the text.

The original poems were arranged in such a manner that they formed a steady rhythm that helped convey the highs and lows of the narrative; trying to capture that same rhythm in English is going to inevitably cause a few raised eyebrows at some points where beat and inflection meet. The specific name of this rhythm and arrangement is known as hexameter.

Get to Know Homer’s Works

As mentioned above, the Greek poet Homer wrote two pivotal works that are perfect examples of the epic style.

Homer’s Iliad is a story that spans the final ten days of the Trojan War with a focus on Achilles, a classical hero who is celebrated in Greek culture today.  It also shows how even the best and brightest can succumb to base weakness.

The Odyssey serves as an account of Odysseus’ exploits. Basically, it chronicles his journey home to Ithaca after the conclusion of the Trojan War. Odysseus endures one of the most erratic trips home, forcing him to endure a solid decade away from his family. His wife, Penelope, is framed as a true catch, a woman who embodies every trait that was desired of a Greek woman. While Odysseus is trying to make his way home, she is being courted. Once he finally reaches home, he challenges his wife’s suitors to an archery contest, using a bow that required a level of strength only Odysseus could summon; because it was his bow.

Get to Know Hesiod’s Works

Unlike Homer, Hesiod actually refers to himself at points in his poetry, though there are no surviving external sources about the man.

Homer and Hesiod were widely regarded by many people throughout antiquity and many contemporary authors and those that came thereafter considered these two men to be the fathers of the ancient Greek lifestyle. While Homer’s tales spun a tapestry of heroes long-gone, Hesiod helped unify Greece’s disparate regional beliefs and agricultural practices. Both present excellent examples of the epic style of poetry that was so popular in Ancient Greece.