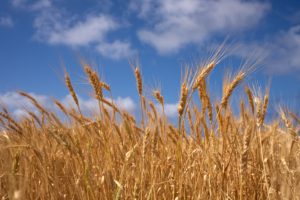 Grains play an integral part in the Greek diet. The traditional Greek diet contains grains that you’re probably familiar with and others that you might not recognize or that are used less often today. Ancient Greekcuisine was founded on the Mediterranean Triad, which consisted of wine, olive oil, and wheat. Here are some frequently used grains you should know about.

Semolina is a grain that comes from durum wheat. It is coarse, purified, and yellow in color. It tends to be a fine grain and is commonly used in pastas and certain breads. You will find semolina in dishes such as Greek Halva, which is a versatile and popular dessert in Greece. There are versions of Halva that contain sesame seeds, but the traditional Greek version uses semolina. This grain is also used in galaktoboureko, a traditional sweet custard dessert.

Barley is a grain that has a long history in the Greek culture. Homer and Hippocrates both wrote about it and Hippocrates would even prescribe it to his patients. Barley is major cereal grain that is grown in temperate climates around the world. You will find barley used in dishes like barley Greek salad, bean and barley Greek salad, and paximadi. In Ancient Greece barley was used in the making of paximadi, a traditional hard bread that also included rye and wheat.

Bulgur hasn’t always been popular in Greek cuisine, but it’s made a comeback. Bulgur wheat is a whole grain wheat that is cracked and partially cooked. It is used in a similar way to that of rice or quinoa. Bulgur contains a substantial amount of fiber, B-vitamins, iron, and magnesium. Dishes that use bulgur include: bulgur with tomato and peppers and pourgouri pilafi, which is a Greek style of rice pilaf.

A wheat berry is a whole wheat kernel, minus the hull/husk, that have a tan to red-like color. This is a grain that may be more familiar if you attend a Greek Orthodox church as it is the grain used to make koliva. Koliva is a dish that plays an important part in ritual and takes center stage in the Greek Orthodox memorial service. It symbolizes death and rebirth. Wheat berries in the dish represent the promise of everlasting life.

Corn’s history in Greek cuisine is more modern than the other grains mentioned. It’s a grain that came to the Greeks through Americans and has become another important grain in the Greek diet. Corn meal, for example, is used to make savory pies called bobota. Another dish made with corn is called katsimaki, which is similar to polenta. It’s made with ground corn meal.

Modern techniques have made sprouted wheat a thing of the past for the most part. But on the Dodecanese Islands of Greece sprouted wheat is still used, especially at Christmas and the new year. It is worked into special bread that is only served that time of year. Sprouted wheat is actually quite healthy for you and is making a comeback. A couple health benefits include increased vitamin C and fiber and may even be less allergenic to those with sensitivities.

Grains play an important role in Greek cooking. The variety of grains available for use in Greece is impressive. To learn more about traditional Greek Grains, watch this episode of My Greek Table where Chef Diane Kochilas talks about the different grains that are available to Greek cooks.