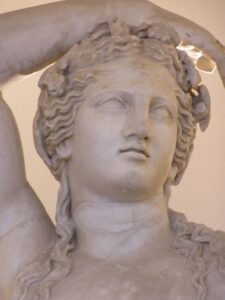 In the Ancient Greek pantheon of Olympian gods, the twins Artemis and Apollo were some of the most well-known and widely-worshiped deities. They had a unique relationship with each other because they were twins. They also had quite a following amongst the Ancient Greek people. Because of this, they have become some of the most iconic figures in Greek mythology. Here’s more information about them:

Birth of Apollo and Artemis

The twins Artemis and Apollo were born to Leto, the daughter of the Titan Iapetus, and Zeus, the king of the gods. Zeus’s wife, Hera, hated Leto for having seduced her husband, and she forbade any land on earth from sheltering Leto while she searched for a place to give birth. Eventually, Leto was able to find shelter on a small island, and it was there, after nine days of labor, that she finally gave birth to the twins. Artemis was born first and acted as a midwife to help her mother deliver Apollo, her younger brother.

Apollo was considered the “most Greek” of all the Olympian gods. He was the god of archery, music, light, poetry, dance, truth, prophecy, and healing, among many other areas. Because the traits he embodied were so central to the Greek identity, he became the national divinity of ancient Greece, and was the most well-loved of all the Olympians.

He also watched over shepherds and other pastoral workers, and was well-known for his romantic pursuits, which often ended disastrously for the mortal man or woman involved. Nevertheless, because of his close association with culture and the arts, Apollo was the iconic deity of the Greek pantheon.

Unlike her brother, whose romantic exploits were well recorded, Artemis was renowned for her resolution to remain unattached. She was the goddess of the hunt and of the wilderness, the protector of women and young girls, especially, and was believed to cure women of illnesses that were of her own making.

While Apollo was heavily associated with the sun, Artemis was associated with the moon, which the ancient Greeks believed to be the bow that she used to hunt. She was often attended by other young women who had sworn to remain virgins, and was only ever close to a few men throughout her life, including the hunter Orion.

Because of their wide scope of power, their relative youth compared to the other Olympian gods, or perhaps only because of their lone status as siblings among the gods, Artemis and Apollo were two of the best-known and best-loved gods of the ancient Greeks. Even today, they occupy a spot in the consciousness of Western Civilization that has lingered long after the land over which they once ruled has faded.