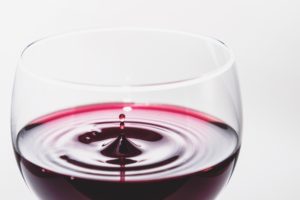 Wine plays an important part in the Greek culture. Even during ancient times, wine was an important staple. The Ancient Greeks would trade wine as a commercial product across regions. It is still an important addition to the dinner table and it even makes its way into certain dishes in Greek cuisine. Here’s what you should know about Greeks cooking with wine:

Wine is often consumed by Greeks with meals, but it’s interesting to note that wine is also used in their cooking. Five regions of Northern Greece alone produce red wine, specifically Xinomavro wine. Xinomavro is one of Greece’s most important varietals. It has notes of tomato, which goes well with dishes that are tomato based. Red wine is a healthy addition to meals. But it’s not just red wine that’s used in Greek dishes. White wine is just as favorable. Wine enhances the flavor of a dish. The boiling down of the wine concentrates its flavor, especially the sweetness and acidity.

Greek Dishes that Use Wine

As mentioned above, there are several dishes in Greek cuisine that do use wine. Here’s more information:

A popular and traditional lamb dish that uses red wine is called kokkinisto. The word kokkinisto means “reddened,” which comes from the fact that the lamb is slowly cooked in a sauce made of tomatoes and red wine. The dish is also cooked with cinnamon and cloves. Though lamb is typically used for this dish it also works just as well with beef, chicken, or pork. Whichever meat chosen will be marinated in half a bottle of red wine.

Fish with a lot of meat (salmon, shark, tuna, monkfish) goes well with white wines that have a rich flavor and match well with red wines. You might be surprised to know that octopus goes well with wine as well.

A specific dish, Greek style octopus braised in wine, is found throughout Greece in different variations. This octopus dish seems to go best with a dry and sweet wine and contains onions, cloves, bay leaves, thyme, tomato paste, and all spice berries. Wine can be used with a number of dishes, whether vegetables, meat, or fish.

In addition to making its way into savory foods, there are also some desserts that even involve wine! Red wine, specifically Xinomavro, is even used with chocolate truffles, breads, and cookies, which you can find in Naoussa, Greece. This combination is unique and delicious. There is also a version of the popular cookie, koulourakia, that is made with red wine.

Greeks have been cultivating wine from as far back as 2000 BC. By the 8th and 7th centuries, wine had permeated the Greek culture and become an important staple, being chosen to drink day or night, with or without food. Large wineries in Greece began to appear after 1850. In 1971 Greek wines began to be categorized by origin.

This task still continues today. Thanks to the variety of soils found around Greece, the selection of wines is equally unique. Some wine grapes, for example, are grown in volcanic soil giving them a distinctive flavor. Greek white wines include Athiri, Assyrtiko, Malagousia, and Moscofilero. Greek red wines include Agiorgitiko and Xinomavro.

Cooking with wine is a common occurrence for Greeks. There are so many wines to choose from that the taste of a dish can be altered significantly just by changing the wine used to make it.