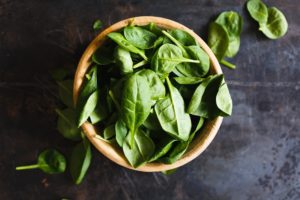 Basil, or “vasilikos” in Greek, is an herb found all over Greece. When you think of basil, you might think of food, but basil had a prominent role in the Greek culture long before it became a part of meals. In fact, there are many in Greece who still don’t use it a lot in cooking despite how well it grows in Greece. Here’s more information:

Basil is a member of the mint family and a native plant of the Mediterranean. The herb grows abundantly throughout Greece, has been cultivated for 5,000 years and is now grown all over the world, indoors and outdoors.

Legends and Stories About Basil

Basil has carried diverse cultural and symbolic meaning throughout history. For ancient Greeks, basil was associated with hatred, but they are said to have placed the herb in the hands of the dead. They thought it would ensure them safe travels to the afterlife and the opening of heaven for them.

Basil has significance in the Greek Orthodox religion, as well. It is used to sprinkle holy water. It is said that in 326 AD Empress Helene found the original cross that Jesus had been crucified on and basil was there as well growing in the shape of a cross. She named the plant “vasiliki,” which means “of the king.” In fact, the word basil comes from the Greek word “basilias,” which means king.

There are many Greeks who will not eat basil as it is associated with the raising of the cross, but there is no religious rule advising against eating it. In Greece today, basil is used ornamentally and in some religious rituals is a symbol of fertility. Basil has also been commonly hung on doors to bring good luck and wealth. Some Greeks will bring basil as a gift to the church and may also ask their priest to bless their basil for the health and prosperity of their home.

Basil has only become part of Greek cuisine in the last century or so. Areas of Greece that have an Italian influence, such as the island of Corfu, typically use more basil in their cooking than other areas in Greece, but it’s all down to personal preference. It’s not uncommon to put basil in tomato sauce or tomato paste when a recipe calls for either. Basil is known to enhance the taste of tomatoes and it’s commonly said that basil and tomatoes are best friends.

Medicinal Use of Basil

Basil is full of vitamins and is an antioxidant. The ancient Greeks believed that some herbs had almost magic-like powers, and basil was one of these herbs. Hippocrates was known to prescribe basil as a tonic. He believed it to be good for the heart as well as a good treatment for vomiting and constipation. Wounds caused by arrows and swords would be healed using basil.

Basil has a long history in Greece and has gone through various stages of positive and negative symbolism. It uses have been many, from medicinal treatments, to religious importance, and of course, food.