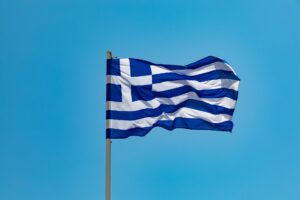 Greek Independence Day is celebrated by Greeks throughout the world each year on March 25th, the day that marked the official beginning of the Greek War of Independence in Greece in 1821.  It is a national holiday in Greece that features parades, solemn observances, patriotic speeches, picnics, and military demonstrations.

Most of the parades are organized by local schools. The students dress in traditional Greek attire and carry the Greek flag through streets lined with joyful spectators. Here is more information on how you can celebrate:

Learn About the History of Greek Independence Day

Greece was overtaken by the Ottoman Empire when this Islamic nation swept into power after the fall of Constantinople in 1453. Constantinople was the capital of the Byzantine Empire. The latter was nominally a Christian nation informed by the Eastern Orthodox wing of the Catholic Church. This was also the religion of most Greeks, and the Greek Christians hid their faith during Ottoman Rule.

Did you know that Greek Independence Day actually coincides with the celebration of the Annunciation of the Theotokos? This is when the Archangel Gabriel appeared to Mary and gave her the news that she would bear the Son of God. This shows that March 25 is an event infused with both national and socio-cultural-religious significance.

Celebrate the End of Oppression

The Greek Orthodox Christians would live under the Ottomans as basically second-class citizens for nearly 400 years before things exploded in 1821. That was the year that Greek revolutionaries rose up to overthrow their Turkish overlords. How this came about involves many complex factors, but a primary contributor was the growing weakness of the Ottoman Empire. By the 1800s, its glory days were long behind it. The Greeks could sense the vulnerability of a now frayed and decaying empire.

The Greek War of Independence raged from 1821 through 1830. The Greeks were aided by Great Britain, Russia and France. The Ottomans had certain African allies, including its vassal, Egypt. The latter was also far less than a world power in the early 1800s, however. The Greek-Ottoman war featured years of bloody conflict and wreaked untold misery across a vast area of the Mediterranean theater where it played out. That included the island of Crete where the general population suffered slaughter, destruction of villages and widespread deprivations.

Get to Know the Modern Greek State

The first Greek nation was formed in 1828 and was called the “Hellenic State.” Its first governor was Ioannis “John” Kapodistrias. He is also considered the founder of modern Greece.

One of the biggest parades celebrating Greek Independence Day is in Athens, the Greek capital city. It includes marching bands, squadrons of the Hellenic Armed Forces and military vehicles. The sitting president of Greece is usually present and presides over the parade.

Of course, no Independence Day celebration is complete without delicious foods. Unfortunately, March 25th is always during Lent when many do not eat meat or fish. However, because March 25th is the Feast of the Annunciation, fish is allowed. Greek revelers enjoy bakaliaros, a delicious batter-fried salt cod. This is often served with skordalia, a savory garlic and potato dish.

Visitors to Greece wishing to find the best entertainment and events might consider spending the day in a major city, such as Athens, where most of the extravagant and fun activities will be found. If you do go to Greece, you will want to book reservations with hotels or other venues well in advance of March 25th, because this date will feature packed hotels. Also keep in mind that many restaurants and cafes will be closed to observe the religious holiday.