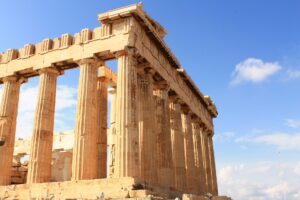 As one of the oldest countries in the world, Greece is steeped in enriching history and culture. With stand out archaeological ruins and beaches that top the ‘to visit’ bucket lists of people around the world, Greece never stops bringing things to the table, and its capital city, Athens, is no exception. The largest city in the country, Athens is even more fascinating when you visit its museums and experience Greece’s mythology and heritage firsthand.

While here, you will quickly notice that there is a lot to do. Visiting some of the city’s museums is an easy way to get an overview not just of the history and culture of the city of Athens, but of the country of Greece as a whole. Here’s more information:

The Acropolis Museum is the crème de la crème of all matter culture in Greece. The museum is rather new, having opened its doors in 2009, and has since gone on to feature as one of the very best museums in the country, if not globally. The Acropolis Museum is home to some stunning findings in archaeology and artefacts, hosted on one of the oldest settlements in Athens.

The museum has pieces on display that range from the Mycenaean period until the times of Early Christianity, a huge draw for the almost 1.5 million visitors that travel to the three-floored museum each year. The museum’s architectural design plays an essential role in its allure by primarily showcasing the art to appeal to the emotions and art intelligence of its visitors. It also incorporates a delightful cafe with an incredible balcony view.

We recommend getting a guided tour to skip the queues and get fully acquainted with the Acropolis Complex and Acropolis Museum art. It is open daily, with entrance prices liable for reductions during the year.

After hours of touring the museum, visitors can enjoy a coffee in the large sculpture garden in front of the museum. Open daily, the National Archaeological Museum is centrally located in Athens, accessible by Athens Metro, and fully wheelchair accessible.

The Benaki Museum of Greek Culture is the former home of the art collector Antonis Benakis. Along with his three sisters, Benakis donated his family’s mansion and their collection of 37,000 pieces of Byzantine and Islamic artifacts to the country of Greece, establishing the museum in 1931. Since then, the museum has grown greatly, adding over 60,000 more artifacts, and diversifying enough to be able to establish satellite museums throughout Athens and the surrounding area.

The neoclassical style building located opposite the National Garden currently houses Greek works of art that range from prehistoric to modern times and plays host to specialized exhibitions periodically. They also maintain an art restoration and conservation workshop. The Benaki museum is considered unique in that it is one of the only museums that takes visitors on a journey through every age of Greek history and culture while making sure to focus not just on nationalism, but recognizing and celebrating foreign influences on Greek culture.

In Athens, the War Museum is home to a military-governed museum that seeks to raise and celebrate the people who gave service to Greece attaining its freedom. If you are a war or military enthusiast, the War Museum will likely be right up your alley!

The War Museum is housed on two floors and features an exhibition that takes the visitors through Greece’s wars from the beginning of time up until present day. The exhibits detail war memorabilia, photography, prevalent weapons used, documentaries, and letters from war heroes.

Religion is an integral aspect of the history of a country, and this museum shows that. The Byzantine and Christian Museum celebrates and showcases the spiritual growth and cultures during Byzantine and Medieval times.

The museum is in the former house of a Duchess and is beautifully styled in a Florentine theme. The exhibition features icons such as the Constantinople’s Virgin Mary Mosaic from the 13th century, currencies, religious scriptures and frescoes.

Visit the lovely city of Athens and immerse yourself in rich Hellenic culture through its museums. It is a great way to educate yourself about the history of the Athens and Greece as a whole and to have fun doing it!