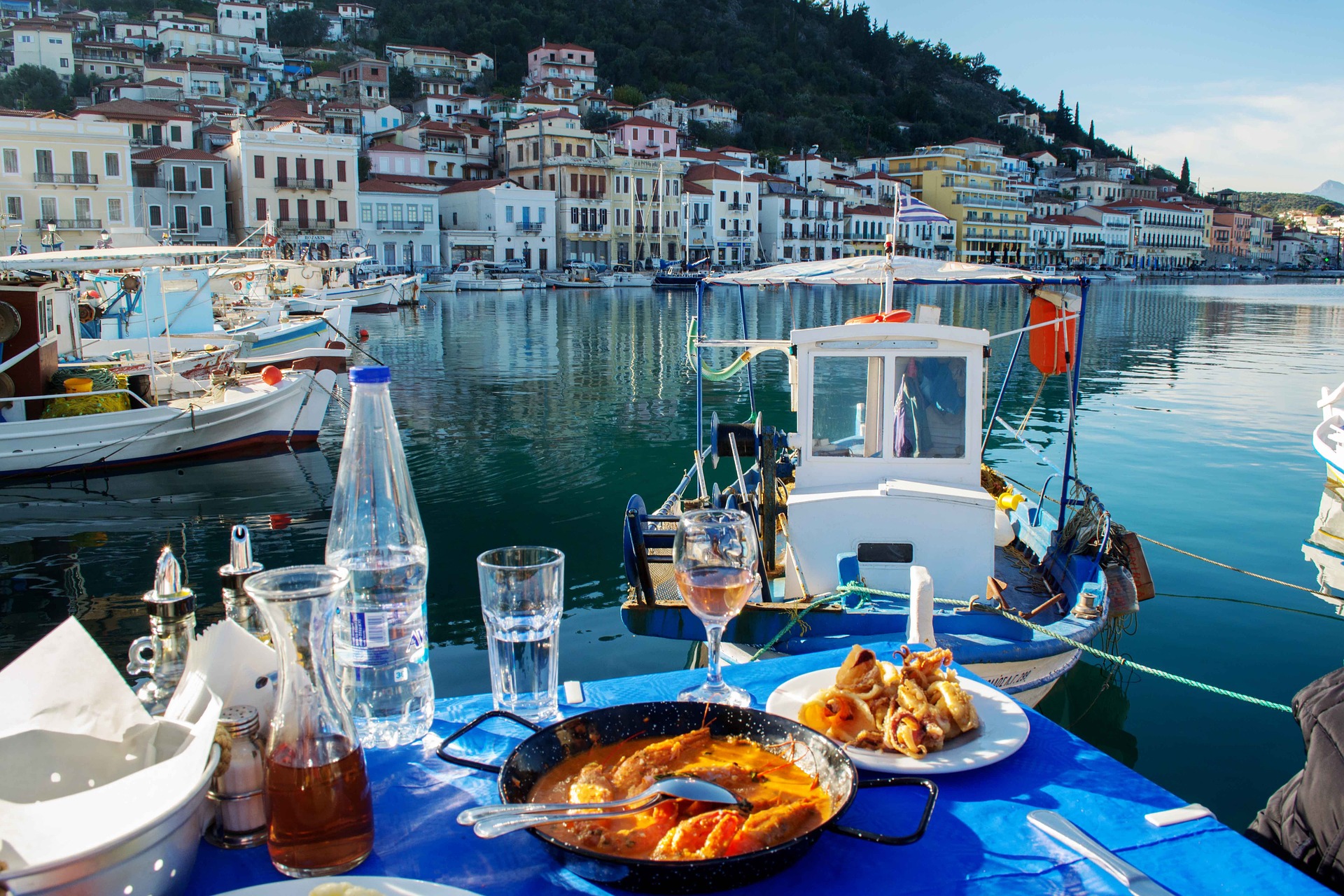 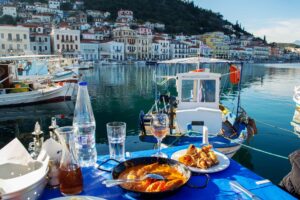 When thinking of the best type of cuisine to cook this summer, look to cultures and regions that experience summer year-round, like Greece. Greek food is delicious, healthy, fresh, and easy to prepare, making it the best choice for your summer dinner parties. You can adhere to these guidelines no matter where you live, as long as you focus on eating what is fresh and in-season.

There’s no better way to experience fresh summer Greek cuisine than with a traditional mezze platter. Similar to tapas, mezze is all about small bites that burst with flavor. Combining textures, colors and temperatures is the best way to make a mezze platter shine.

Typical mezze components consist of spreads, vegetables, cheese, and other small bites. On your next mezze platter, try combining hummus, tzatziki, and skordalia (a garlic potato dip) for a fun combination of flavors. Use fresh summer vegetables like tomatoes and cucumbers alongside briny Kalamata olives for traditional Greek flavors. Add some marinated eggplant and feta cheese and you’ll have the perfect Greek spread.

To make your mezze platter even more authentic, try making some Dolmades, which are grape leaves stuffed with seasoned rice. These small bites are perfect for snacking and will surely be a crowd-pleaser.

Bordered on three sides by the sea, Greece is well-known for its exceptional seafood. Greek cuisine relies on locally sourced, fresh seafood such as shrimp, octopus, fish, and shellfish. It is a big part of the cuisine year-round, but most especially during the summer months.

You may already be familiar with one of the most popular Greek seafood dishes: calamari! Calamari, or kalamarakia as it’s known in Greece, is a fan favorite all over the world and is traditionally served with lemon and fresh parsley. Don’t forget to season with traditional Greek spices like paprika and oregano.

Simple Greek seafood dishes include bourdeto, a fish and tomato stew popular in Corfu, and astakomakaronada, a pasta dish made with lobster meat that might remind you of one of your favorite Italian dinners with a Greek flair.

For the more adventurous eaters, try chtapodi sti schara – octopus grilled over charcoal. The octopus is often seasoned thinly sliced and with lemon, olive oil, and oregano. Try it with crusty bread dipped in oil.

If you prefer traditional meats over seafoods, Greek meatballs made with feta cheese are a great place to start. Combine ground beef or chicken with feta cheese and Greek spices for a tasty bite. Souvlaki, especially lamb, is a sure favorite among Greek cuisine lovers. Try beef and lamb souvlaki at your next dinner party.

Most people are familiar with baklava, a filo pastry bite stuffed with nuts and drenched in honey, but did you know there are lots of other Greek desserts to try? If you love baklava, try kataifi, which swaps almonds for the traditional pistachios. Almond lovers will also love the sweet almond shortbread cookies called kourabiethes.

Watermelon is a Greek favorite in the summer. Paired with a cinnamon-spiced yogurt and steeped in honey syrup, watermelon makes a perfect, light, summery end to your meal. Taking advantage of local produce is the best way to experience Greek cuisine.

With the fresh seafood, locally-sourced vegetables, and summery herbs, you’re sure to love everything Greek food has to offer in the summer. Even if you aren’t in Greece, you can still get your food pretty close by focusing on foods that are fresh and local.