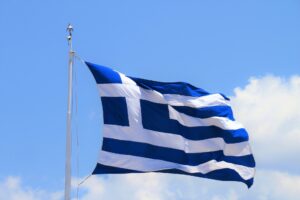 The country of Greece is well known for its rich culture, primarily because of the long history associated with it. From the birth of democracy, periods of great prosperity, as well as times where the nation was at war, Greece has been shaped not just by the historical events that took place there, but the many traditions that came about as a result of them.

Traditions are key elements that comprise a culture. While the modern country of Greece is certainly not the classical Greece of ancient or pre-Christian times, all that came before has resonated down through the ages. This unique array of colorful, cultural influences, ranging from traditional celebrations and cooking styles to fashion and a plethora of other things, is evident to anybody visiting Greece today.

Let’s look at a few fascinating Greek traditions that visitors can experience today in this remarkable nation.

Celebrated annually in the city of Kastoria between the 6th and 8th of January, Ragkoutsaria is a Christian observance that follows the Epiphany that is comparable to Halloween. People don colorful wigs, scary masks and outrageous costumes designed to clear the city of evil spirits.

The Ragkoutsaria “after-party” is legendary in Greece as people gather to eat delicious and traditional Greek foods and indulge in local wines. The rhythm of traditional Greek music being played live by local artists can be heard as people dance through the night to celebrate.

This is the Greek “Carnival” season, which features parades, masquerades, street parties and actual carnivals. It’s largely a family-oriented celebration that features numerous activities for children. Apokries is usually held between February and March. The timing is determined by the start of Lent. Celebrations are generally scheduled for the three weeks prior to Lent.

Apokries is a combination of two Greek words meaning “abstinence” and “meat.” Despite its definition, the celebration is scheduled the day before lent in order for people to indulge and eat whatever they want before the traditional 40 days of fasting begins.

Like so many traditions in Greece, the tradition of Apokries can be traced backed to the worship of the god Dionysus. Dionysus was the god of nature and festivity, as well as wine and vegetation and was often associated with overindulgence and masquerades.

Every August 15 on Kefalonia, a minor sort of miracle occurs – or it may be a function of the natural cycle of nature. Located on the island is the Church of the Virgin Mary of Markopoulos. During the celebration of mass on August 15, small non-poisonous snakes slither out to explore the inside and the outside of the church. They dutifully disappear at the end of the day.

As the local Greek legend tells it, this occurrence began centuries ago when sea pirates attacked the village of Markopoulos. They were thwarted when a group of nuns prayed for rescue and snakes appeared, advancing on the pirates and scaring them away from the village.

Tradition dictates that those who believe in the story of the nuns make every effort to touch one of the snakes when they appear each year. In exchange, they will be rewarded with good luck.

Martis is the Greek word for March. On the first day of March, many Greeks adorn their wrists with a red and white bracelet. It’s a centuries-old tradition associated with celebrating the imminent return of spring. The white in the bracelet symbolizes purity, while red represents the passion of and for life. It is said the Martis bracelets protect against disease. This is obtained after the bracelet wearer ties his or her bracelet to a tree after they spot the first sign of spring.

The Greeks are the only people on earth of love to smash plates to show joy, exuberance and that great feeling you get when you’re listening to stimulating music. The tradition is not ancient – it began in 1969 when a pile of plates on a Greek concert stage fell over by accident. The crashing and breaking plates were embraced by an enthusiastic audience. Today, it has become a tradition at a dance or in a tavern for someone to dance and smash plates while enjoying lively, upbeat music.

As you can see, Greece is the home to many interesting and lively traditions. These all are a great part of the culture today!