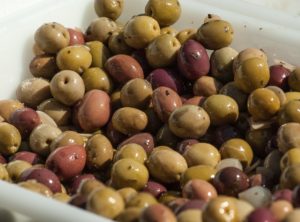 There is a culinary tradition in Greece and other Mediterranean countries referred to as meze. This is a concept that closely resembles our concept of “appetizers”, but in Greece, it’s much more than that. These small plates are meant to be shared and enjoyed amongst friends and family over a long period of time. Here’s a look at what traditional mezeare in Greece:

Greece and other nations that were formerly part of the Ottoman Empire have their own versions of the traditional meze. Typically, the Greek tradition involves accompanying these foods with alcohol and aside from them being popularized during the days of Ottoman occupation, there are those who believe that the tradition originated in Ancient Greece. There was a law in Ancient Athens that required tavern owners to always serve alcohol with food, even if they needed to provide the food “on the house.”

Mezederives from a word meaning, “middle”. It was named to express its purpose. Meze isn’t considered to be a meal time. Rather, individuals enjoy these foods during teams that aren’t considered mealtimes. It also isn’t intended to be a replacement for a full meal. Instead, it is to be looked at as something fun to eat outside of a programmed meal.

For those who aren’t familiar with the Greek culture, it is easy to look meze as a snack or a late-night meal. Although they both might be true, it doesn’t tell the story. Instead, it’s much easier to understand mezeby considering a few scenarios. Here’s a look at a few situations that call for meze:

Any dish in Greek cuisine could be served as part of a mezespread, but some are more common than others. These include horiatiki(Greek salad), souvlaki, spanakopita, stuffed grape leaves (dolmades), olives, cheese, bread, tzatziki, etc. Some restaurants have a special mezemenu to make ordering much easier, but even if they don’t it’s more about the timing and sense of community than it is the food itself.

As you can see, mezeis an important part of Greek culture. For more information, which this episodeof Diane Kochilas’s show, the Greek Table. She explains the concept further in this episode and shares some of her favorite recipes.