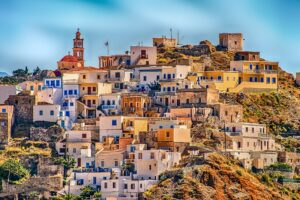 Many of us are familiar with Ancient Greece and the many profound accomplishments and discoveries made during that era. As years went by, however, Greece struggled with foreign occupation. Perhaps most notable was the occupation of Greece by the Ottoman Empire, which lasted until 1832.

When Greece finally gained their independence, their first step to rebuilding was to establish a system of government. The steps taken to accomplish this may have been hard, but the end result was the Kingdom of Greece. Here’s some more information!

Aftermath of the War for Independence

After four hundred years of Ottoman occupation, the modern country of Greece needed to reestablish their government and settle the turbulent society. As a result of that, the country established the First Independent Republic, with Nafplion as the nation’s capital. This government turned out to be short lived after the governor was assassinated.

Three of the main world powers at the time, France, England, and Russia, saw the turbulence in Greece as a major problem. They determined that Greece was better off with a monarchy, and Prince Otto from Bavaria, who wasn’t in line for his own throne, was to become the new King.

This divided the country of Greece even further, since the Greek people ultimately weren’t consulted as to whether or not this was the best approach for them. Some of the people were in favor of this move, and some were not.

Turmoil in the Kingdom of Greece

Throughout the history of modern Greece, the monarchy fell in and out of favor. After instating the monarchy in 1832, the division between the country increased. Eventually, the First Kingdom of Greece lost its control over the country.

In 1924, the kingdom was dissolved as a result of Greek defeat in the Asia Minor Campaign by the Turks. Further turmoil ensued in 1935 when Greeks carried out a military coup. After that, the Kingdom was restored, only to be dissolved once again during the Military Junta, a dictatorship that folded in 1974. After that, the Kingdom of Greece was replaced by the current Republic.

Monarchs of the Kingdom of Greece

During its long history, the Kingdom of Greece had several monarchs. Here’s a list of the Kings of Greece and the years in which they reigned.

In 1973, the Greek monarchy was abolished. Each of Greece’s monarchs endured threats from the Ottomans or modern-day Turks. It is worth noting that throughout its history since the 13th century, the Ottoman Empire controlled much of Western Asia, North Africa and Southeastern Europe as an aggressor. It was dissolved in 1923 as a result of the Turkish National movement. Turkey has consistently targeted Greece in numerous wars in order to return Greece to past Ottoman Empire control.

Today, Greece has a different form of government. It’s a modern republic known as the Government of the Hellenic Republic, with Athens as its capital and a prime minister as its leader.

Founding of the Kingdom of Greece