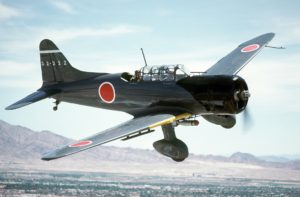 Greece is a country filled with gorgeous scenery and beautiful beaches. Those who visit here are also greeted with rich cultural experiences, such as the chance to eat some of its delicious foods. The country is also rich in history, and there are plenty of places all over the country that are worth visiting. For those who love World War II history, these sites may be worth exploring:

The Athens War Museum is a four-story building that showcases Greece’s long military history from ancient times to the modern day. This includes a floor show that details how Greek troops fought against the Axis powers during World War II.
The museum has several branch locations throughout the country, including ones in Nafplion, Chania, Tripoli, and Thessaloniki.

If you find yourself near Souda Bay on Crete, the Souda Bay War Cemetery is well worth a visit. It was designed by famed architect Louis de Soissons, and it showcases those who died during both world wars. In particular, you will find the graves of many who bravely fought during the Battle of Crete.

Chora Sfakion is a picturesque village of a few hundred people on the coast of Crete. In addition to being a beautiful place to visit, there are a number of interesting World War II sites to visit there as well.

Among these is a monument right on the shore that commemorates the daring evacuation of Allied troops, which included British, Australian and New Zealander soldiers. It took place in May of 1941. There is also a small private museum in town that showcases artifacts from World War II and the Battle of Crete in particular. They also provide tours.

Those who are interested in the battle of Crete may also want to visit some of the main battle sites on the island. These include:

Located in Chania, this is where German paratroopers initially invaded Crete on May 20, 1941, which is considered the first airborne military invasion in history.

Crete is considered the first location in World War II where ordinary citizens rose up against the Nazi invaders. Kastelli Hill in Chania was where one of the most prominent of these uprisings took place. There, mobs of armed Crete citizens courageously joined the battle against the Germans.

While Greece often evokes ancient history upon its mentioning, it is also a great place to visit for those interested in more modern history. In particular, it offers no shortage of terrific World War II sites that you are sure to find interesting!