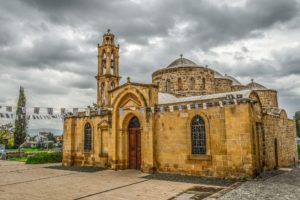 What Was the Byzantine Empire

The Byzantine Empire was originally a part of the ancient Roman Empire. The City of Rome (now the capital of Italy) governed a large geographic area between 27 B.C. and 286 A.D. This realm eventually included the entire Mediterranean Basin, including the lands which now comprise the modern nation of Greece. As the Roman Empire grew in size, administering this vast region proved challenging.

The Roman Emperor Constantine who was in power from 272-337, constructed an imperial palace at Byzantium. Today, this structure is located in the City of Istanbul in modern Turkey. He essentially divided the Roman Empire into an Eastern and a Western division for administrative purposes.

The government center he established in Byzantium, which he later renamed “Constantinople”, became the capital of the Eastern Roman Empire. Constantine’s descendants ruled over this region, which included Attica and the Peloponnese. Following the collapse of the Western Roman Empire, the Eastern portion of the Roman Empire became known as the Byzantine Empire.

A Period of Prosperity

While warfare and economic problems beset the Western Roman Empire, for several centuries the Byzantine Empire thrived. Byzantium acquired wealth as a result of trading activities. Art, music, and other cultural endeavors attracted public interest. Leaders of the Byzantine Empire and their supporters benefited from generally affluent living conditions. Some 80 Greek cities enjoyed widespread prosperity during the first centuries of Byzantine rule.

The Byzantine Empire preserved many laws and customs in Greece inherited from the Roman Period. Constantine had converted to Christianity. His descendants in Byzantium frequently drew upon traditions established under Roman rule, but they adjusted these practices to conform with Christian belief systems. The Eastern Orthodox Christian faith eventually became well established in Greece during the Byzantine Period.

The Decline of The Byzantine Empire

The Byzantine Empire endured for over a thousand years. The Peloponnese in particular remained an important Byzantine territory for most of this period. The Empire gradually lost possessions during raids from people residing on its borders. Emperor Theodosius II (408-450) paid gold to invading nomadic Huns not to attack his land holdings.

Conflicts also occurred frequently between the Byzantines and the neighboring Zoroastrian Sasanian Persian Empire to the southeast. Byzantine forces successfully recaptured Northern Greece from Slavic tribes during the 600’s. Eventually, Bulgar tribes in the Balkans seized control of portions of Macedonia and Northern Greece.

In the year 922 Bulgarians invaded and captured Thebes. Although the Byzantine Empire recaptured much of its Greek holdings, Normans participating in the Second Crusade attempted to govern Thebes and Corinth. In 1204, members of the Fourth Crusade briefly captured Constantinople.

Invading Turkish forces controlled much of northern Greece during portions of the Fourteenth Century. The weakened Byzantine Empire finally fell to the Ottoman Turks in 1453. This marked the end of the Byzantine Empire.