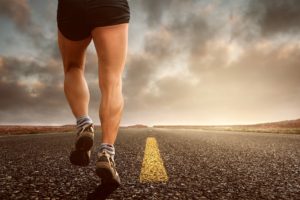 Each year, millions of people throughout the world run in marathons. They take place throughout the world, and for many, finishing a marathon is considered to be a great accomplishment. Did you know that the marathon actually has its roots in Ancient Greece? Here’s more information about the history of this elite race:

The first marathon was run in 490 B.C. during the Battle of Marathon. A messenger named Pheidippides was given the task of running to Sparta from the battlefield in order to tell the Athenians that Athens had been victorious over Persia. He arrived just in time to deliver the message and he passed away shortly after because the exertion had been too much for his body. Although he was originally thought to have run about 26 miles, there has been recent evidence that suggests the actual distance was actually much longer.

In 1896, the first modern Olympic Games were held in Athens, Greece. As a way to honor the Ancient Greeks, the organizers decided to include a “marathon” race that was about 24 miles at the time. A total of 25 runners had signed up to run the race and of those, only 9 successfully finished. The original race started at the Marathon Bridge and ended at Olympic Stadium.

This race helped make the new Olympic Games more popular, and soon other places decided to hold their own marathon races. For example, the city of Boston decided to host their own marathon, which debuted in April of 1897. Today, the Boston Marathon is considered to be one of the most elite races in the world.

It took a few years for the distance of the marathon race to become standardized. The first race, as mentioned above, was around 24 miles. During the 1908 Olympic Games, the distance changed. They had planned the race to be 26 miles, but an additional amount needed to be added in order to go around the Queen of England’s box. This distance of 26.2 miles eventually became the standard.

The 1970s saw a big push in the running world. As major running events like the marathon from the 1972 Olympic Games began to be televised, more and more people decided to begin training for this sport. Places all over the world began hosting their own marathon races to accommodate these new runners. In 1984, women were included in the sport for the first time because the Olympic Games in Los Angeles hosted a women’s marathon. Today, people throughout the world participate in this foot race. While it is still a sport for elite runners, that’s not the only reason why people do it. Millions of people train for and run the race as a way of creating personal challenges and improving their individual fitness levels.