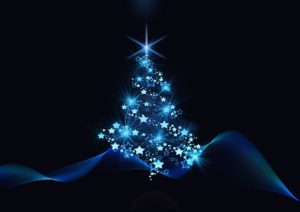 Like many other countries, Greece has its own Christmas folktales and traditions that you won’t find anywhere else.  The story of the kalikantzaroi is one of them. BetweenDecember 25 and January 6, Greek folkloresays that evil goblins known as kalikantzaroirise from where they dwell underground. Here’s what you should know about them:

The name kalikantzaroi is thought to have come from the word “kalos-kentauros,” which translates to “beautiful centaur.” The image of the kalikantzaroi is anything but beautiful though. They are mostlydepicted as ugly little creatures that aredarkand hairy with long arms and a tail.  Of course, the description of the kalikantzaroi depends on who’s telling the story, but the one constant is that they are incredibly unattractive and odious.  Some include boar tusks, horse legs, and burning red eyes. They have been referred to as goblins, gnomes, elves, and devils.

While living underground, the kalikantzaroi are said to spend their time sawing away at the world tree (or tree of life) in hopes of bringing it, and the world, down. They only come out at night (during the period of December 25 – January 6) as they are afraid of the light. They make their way to the surface through any hole and crack they can find. The kalikantzaroi love to taunt people and be a general menace. Despite all the trouble they cause, it is said the kalikantzaroi don’t actually steal anything.

Keeping the kalikantzaroi from getting into their homes has become a tradition for Greeks, and there are a number of ways that they go about doing this.  One methodinvolves putting a colander outside of the home to serve as a distraction to the little devils who attempt to count the holes. Because the number three is holy, they will only count to two. It is said that they would rather kill themselves than say the number, “three.”

Another way people attempt to keep them out of their homes is to keep a fire burning in the fireplace, so they will not jump down the chimney. A yule log may be burned for the twelve days. Smelly shoes can also be tossed on the fire to repel the kalikantzaroi. Garlic can also repel them, either by hanging it on a person or around the home. There are three things these devils hate and that’s light, fire, and holy water. In Greece on the Epiphany, holy water is splashed around and this forces the kalikantzaroi back underground.

This Greek folk taleis unique and it dates back to Ancient Greece and holds importance at Christmastime. Thankfully, these evil goblins only make their appearance for twelve days during the winter solstice.